Skip to primary content
Skip to secondary content
The information below is a quick summary of IMF – Interoperable Master Format and what I’ve found out. The facts are not checked to be correct, while for example there is no Wikipedia page for IMF’s (that is for Interoperable Master formats, not the international monetary fund!)
The information available on the internet is very limited as the authoritative website http://www.imfforum.com/   is a reference page for the continuing work being done by the SMPTE IMF committees.

Why does the IMF standard exist?

The IMF was a similar exercise to the Digital Cinema imitative started by the main Hollywood studios to solve a common issue with in the industry of there being too many ways of creating digital content as soon as it left the domain of video tapes.
Some of the issue the IMF platform was designed to address are;
Creation of too many digital versions from digital or tape masters.
Tracking of Multiple edits, and the difficulty of calling any particular version a “master”
Tracking of Multiple audio and subtitle versions
Tracking of new audio multitrack formats, from Stereo, 5:1, 7:1 Atmos etc.
Tracking of Closed captions and subtitles.
Creation of many digital deliverables

What does the IMF standard achieve?

The idea is to provide a fully interoperable format, based on non-ambiguous industry standards, while it is not intended to be used for consumer delivery of programs, it is intended to be a business to business platform, where the trust and security of the content is placed on the person storing the content, and as such there is no security layer in the format unlike the DCP package world.

What is an IMF?

An IMF is made up in its most basic form, and in it’s operational form becomes an IMP (Interoperable Master Package)
It’s essence is;
Images
Audio
Subtitle + Closed Caption
Technical Metadata
Playlist for content
The original intent of the IMF is to create the master of all masters in the same way a Master tape was created for sub masters tapes were to be created later.

Who needs an IMF?

The format is neither an acquisition format, nor is it intended to be an edit format. It sits in parallel with many of the SMPTE initiatives, on Metadata, common file name conventions, MXF etc. Some of the key elements are xml files used to point to MXF wrapped content. The final content for delivery is made from these IMF packages using common output formats such as QuickTime, MPEG, etc. while it is the intention of the format that it will be the master long term archive of a piece of work. It does not ensure storage medium will be robust.
It was initially designed to be the replacement for tape as a master format, with the added benefits a digital file format offers;
Uses modern compression formats
Stores the difference from an original version OV and later versions
Contains instructions on how to create versions.
Allows for Automation of some versioning operations.*
*The brand new OPL standard defines for example how a common picture track, with a set of Mix and Effect Audio and separate international dialogue tracks and be auto mixed via a macro from the IMF file to create the output deliverables. Where previously this would have been a complex manual track laying job the idea of this OPL automation is to remove the creative element with an automatic mixing formula.

IMF make up and similarities to DCP’s

Like a DCP the IMF on the main contains JPEG 2000 frames, with a composition play list CPL set up for playing out/rendering specific versions of the IMF content.
Below is what is referred to as a Interoperable Master Package (IMP)

What are IMF apps?

From the above IMP framework, the following applications are created.
These are the real world applications that will be adopted by major film studio’s and some end users such as Netflix to specify the actual delivered content. For example App #1 was never used in the field, App 2 was limited to HD/2K frames sizes and has been used to produce delivered products, while App2e (e for Extended) is the standard being used by Netflix which will support up to 4k UHDTV packages. The final App 4 is the one I’d like information on if anyone can find out more about it and send it on, I’d be most grateful.
This information was in the main part collated thanks to Dan Tatut of Marquise who produce an IMF packaging platform, I have used Marquise systems but have no further relationship with them. 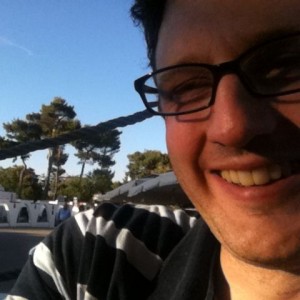